How to arrange the children's room

The children's room can be the messiest room in the house. If you too are tired of stepping on a dinosaur toy or on a tiny Lego cube every time you enter the room, then clear the afternoon and spend it on the children's room arrangement. Here is the complete step-by-step guide to arranging the children's room in such manner that will encourage their development. 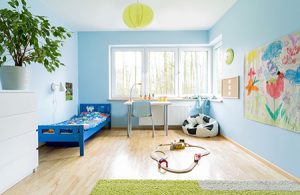 Children are happiness but it is also an amount of toys with miniature parts, books, dolls and a fleet of vehicles. These are the articles that you meet all over the house, mostly when you step on them and get annoyed - yet again.

"Arrangement of the children's room is important not only for the adults but also for the kids themselves. A neat room allows the child to find the toys that he or she are interested in playing with. The child better learns to manage his or her space and time, and the feelings of frustration and anxiety are reduced", according to the speech therapist Efrat Schwartz, that specializes in child care, "Educating children to maintaining order encourages the child to develop better habits".

So clear the closest afternoon and get the little ones together for the room arrangement task. You will be surprised of how much they will enjoy it.

Before you begin, please prepare the following:

Transparent plastic boxes of various sizes - it is recommended to prepare at least two large boxes for large toys such as balls, car toys, Lego and so forth, as well as medium and small size boxes. We recommend to have at least one box divided into small compartments - this box will be suitable for the tiny toys.

"Hive" shelf or bookcase - we recommend to place the boxes and the toys on the bookcase. We recommend to have it at such size that will be accessible for the kids, so they can play with it independently (except those articles that you wish to be our of their reach). The bookcase should include all the toys, boxes and books.

A hung basket or such placed on the floor can be an excellent solution for dolls and also for the quick collecting of toys prior to their sorting - when you wish to quickly organize the room (but don't forget to sort the articles later, and to put them back where they belong).

1. Sorting - any process of arrangement begins with sorting. What do we need? What can be passed on and what should be tossed. It is not recommended to keep broken, torn and faulty toys. The kids will not play with them, and in general - do not be afraid of getting rid of articles.

Schwartz explains that the ability to adjust in young children is not sufficiently developed. A room full of toys, all visible and accessible to the child can lead to flooding. In such a case the child will flutter between the stimuli instead of deepening the search and observation.

Flooding has a negative development effect in the long run. It is better to choose a limited number of toys, one or two of each type - construction/assembly game, board game, puzzles and imagination games. It is recommended to rotate the toys over time in order to refresh the selection and generate interest. 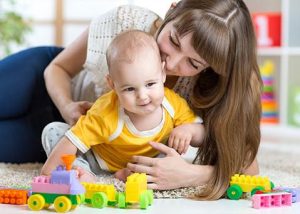 As part of the sorting and the decision which toys should be made accessible for the kids, it is important to understand which of the toys are suitable for the development stage of the kid, according to Schwartz:

"Throughout the first year of life, toys are Sento-Motoric - the baby puts articles in the mouth, throws them, slams them on the floor and so forth. At this stage, the guiding principle in organizing the room is safety - putting away tiny or sharp articles from the kid and controlling the kid's activity environment.

Toward the end of the baby's first year, the baby begins to develop functional playing abilities - driving cars, strolling a doll and more. While playing, the toddler repeats situations from the his or her daily life. During these ages it is important to provide kids with toys that allow them that - playing dinnerware, foods made of plastic/wood, doll stroller, doll bath and so forth.

With age, playing with toys becomes more symbolic and more sophisticated and includes a sequence of several activities such a putting a doll to bed after bathing it. Throughout these ages it is possible to provide the child with articles less used on a daily basis, such as work tools and doctor tools.

As of the age of 6, the child can start playing with simple board games such as a lottery board.

Toward the school age, kids tend to invite their friends for play-dates and to play together. They usually, play with symbolic toys such as dolls or costumes, various assembly toys such as Lego or motor toys such as ball games."

2.Stating to organize – in the boxes we will store toys in bulk such as toy cars, kitchenware, cubes and small toys. It is recommended to dedicate each box to a different type of toy, for example in one box we will put all the cars, in another box all the kitchenware and in another box the cubes and so on.

In order to educate the child for independence, Schwartz recommends placing games related to each other near each other, for instance: a trolley alongside the dolls, games that simulate food alongside dishes.

Schwartz further recommends to place these toys in the reach of the child's hand in order to allow the child to initiate the playing independently, and even to encourage the child to put the articles back in place when they are done playing.

3.Arranging the shelf - large board games can be placed in the shelf. Arrange the boxes one top of the other according to their size - where the largest one will be at the bottom and the smallest on the top. Alongside the board games, we will place the plastic boxes and the books.

Please note: packaged card games tend to tear, you may want to prearrange card games such as Taki in a small box with divided compartments.

For younger children, Schwartz recommends to choose a more limited number of books and toys, and to present them "frontally", rather than sideline, on a lower shelf. Such presentation may tempt the child to grab a book and look into it and it also appears less flooded for the child, compared to a busy library.

4.Bicycle and wheel games - if the room is small, save on space and hang the bicycle on a hanging device on the wall. You will find such device in most bicycle shops, for few dozens of Shekels.

It is recommended to create an art corner in the toys room: a table and chairs, shelves for storage and boxes to contain the various creative materials.

It is recommended to spare a box for each product: pastel colors in one box, markers in another and so forth. We recommend using drawer boxes for the creating materials, in which it will be possible to store various types of creating materials.

This is how to maintain the order:

1.Let the children arrange the room with you - the children's room is theirs. Let them participate in the arrangement, the sorting and the decision where to place everything so that it suits them. In addition, the children will know where everything is placed and it will be easier for them to choose what to play with and to return to the place what needs to be put back in place.

3.Arrangement game - it is recommended to instill the habit of arranging the room from an early age. With toddlers and young children, play the arrangement game - whether in the evening or when you want to finish playing - play rhythmic music in the room and compete - who puts the larger amount of toys back in their place and helps to arrange the room?

Finally, Schwartz recommends to avoid "flooding the room with many toys and purchasing a large amount of toys of the same kind. Flooding means the inability to focus on one toy that has long-term effects, specifically with kids who suffer from attention deficit disorders". 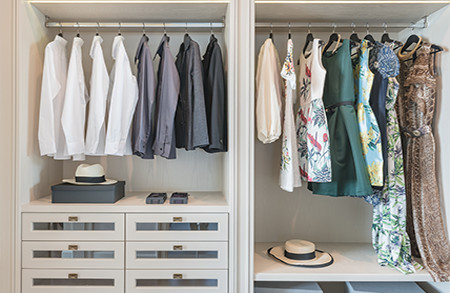 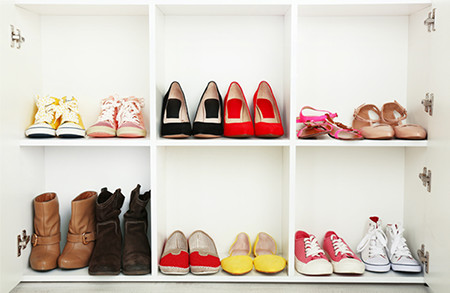 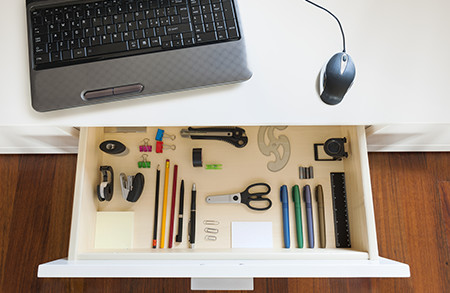 ראשי » How to arrange the children’s room